Home > About Addictions > The Social Effects of Addiction

The Social Effects of Addiction 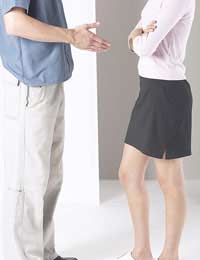 Many professionals believe the effect on society caused by addiction (particularly substance abuse) is greater than any other factor. The incidental effects of substance abuse carry on through many channels and can effect a great number of people.

The secrecy financial, criminal consequences and behavioural changes associated with addiction cause the breakdown of many relationships and marriages. This leaves many families in single parent homes, who struggle to pay their debts and usually have to lower their standard of living.

Substance abuse often causes the introduction of violence into the home and statistics have shown a rise in drug related domestic violence. Along with this comes the costs of ambulances, police visits, family liaison officer interaction and supporting court costs, this all comes out of the governments money that could be spent elsewhere.

Levels of trust between members of the family often diminish and the addict is excluded from the family as a way of the family protecting itself from the other consequences of addiction, some of which are mentioned below.

There is a marked degree of absenteeism due to drug and alcohol problems, whether this be from the pupil having the problem, or neglect from the addicted parent.

If it is the pupil who is suffering from the addiction, their levels of concentration deplete and grades suffer. The student’s interaction with fellow pupils is often affected and their friendships suffer.

One of the biggest consequences of drug related addiction is the increase in crime levels. This is because a tolerance and dependency is expensive to fund, often running into hundreds of pounds a day. This money is found by stealing, mugging and fraud. Along with the financial implications on society to fund the police, health service and courts, there is also the increase in security costs needed in many areas.

There is also marked evidence of an increase in drug related sex offences. This can occur in the home, in public or as a result of being unable to control actions whilst on a ‘high’.

Many addicts lose their job due to an inability to perform their role. They may have stolen from the employer, have let their appearance and standards of personal hygiene deplete to an unacceptable level, have high levels of absenteeism, develop poor time management, and be generally unsafe to carry out their tasks.

This is the greatest area of concern as it has an effect on the entire country’s finances.

The costs of policing, healthcare, court costs, benefits to anyone affected by the consequences of addicts, the loss of tax and national insurance generated from lack of employment and the costs of running help lines and support groups in absolutely enormous and a huge drain of the country’s accounts.

The risks to a person’s health are also very significant. Death is highly likely as a result of accidents, accidental overdose, suicide and due to physical side-effects of taking the substance.

There is a noticeable increase in sexually transmitted diseases, unwanted pregnancy’s, the chance of foetal abnormality and premature births in those living in the world of addiction. These are all very serious and again cause added financial pressure to the government.

The list goes on and on for this subject. Addicts do not often realise the consequences of their actions, and the effects on society. If you are suffering an addiction, you will probably feel that you and your substance of choice are at the centre of your world. Unfortunately the costs of keeping these addictions going, is usually paid for by someone else either directly or indirectly.