Home > About Addictions > How Does Addiction Affect Peoples' Minds?

How Does Addiction Affect Peoples' Minds? 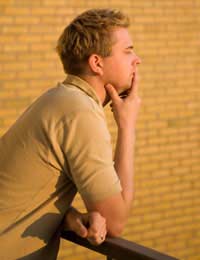 Addiction can affect the psychological profile of the addict in a great many ways. The severity of the effects is dependent on the addict’s general health their outlook before their addiction began, the type of substance used, the strength of the substance used, frequency used, route administered and their personal circumstances. Some substances have greater psychological effects than others, for example crack cocaine will have mush worse consequences on the addict’s brain than being addicted to nicotine.

A persons behaviour can change dramatically as a result of drug use and common personality modifications include self-harming, deliberately offending others, a reduction in respect for the feelings and possessions of others and deceiving and sacrificing friends and family for the sake of the addiction.

Initially a person may feel empowered by their secret and the feelings the drugs give them and may become slightly arrogant and nonchalant, these behaviours normally subside once total addiction is established and the person is beginning to lose control of other aspects of their life.

Feelings of paranoia often cause the individual to change their body posture, walking hunched, looking at the ground and always keeping an eye on what is going on around them.

This is the area where the addict will usually experience the greatest amount of change.Many addicts develop low self-esteem and self worth as a result of their addiction and will grow increasingly isolated and paranoid because of this. It ends up in a vicious circle as isolating oneself leads to further loneliness and because they do not value their own presence in life they feel paranoid that others feel the same way too hence further withdrawal from society.

This is an extremely common development though when the addict is experiencing a ‘high’ they can easily be fooled into thinking they are invincible and that they are the most important being in the world and will have a largely distorted image of reality.

Many addicts become depressed and experience anxiety as a result of their addiction and these feelings will need exploring and will possibly need treating with medications available from the GP.

Depression can lead to memory loss and paranoia which also shows how these feelings are inextricably linked and one will need treating in order to prevent further psychological effects. Short term memory loss is particularly common in those addicted to amphetamines, crystal meth, marijuana, ecstasy and long-term alcohol use. This may be the result of changes in the chemical processes of the brain along with the general psychological symptoms relating to addiction.Addiction affects people in very different ways and is largely dependent on the type of drug used.

Parents are often warned to look for personality changes in their children if they suspect a drug habit is forming, but it does not only occur in children, but everyone of any colour or culture can be affected by the rising incidence of substance abuse and we should all be aware of the facts.

It is not only the chemical changes in the brain that affect personality and an individuals psychology, but the secretive and underworld nature of addiction too.