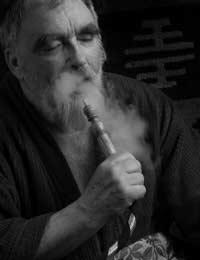 The human tendency towards addiction is nothing new. Indeed, it is likely that addictions have been around for as long as we have.

The first literary mention of the term addiction is found in Shakespeare's Henry V. Prior to the common usage of the word, the behaviour of addicts was referred to in variety of ways. Addictions have been recognised variously as habits, weaknesses, illness – even possession by evil spirits.

Whilst our prehistoric ancestors didn't have to worry about addictions to shopping or Facebook, there were plenty of substances around upon which they could develop a dependency. Alcohol, whilst being one of the most common drugs today, is also one of the oldest. People have been fermenting and brewing alcoholic drinks since at least 8,000BC – and probably earlier.

Other ancient drugs remain popular in the modern era. The ancient Egyptians were thought to have used opium, which today is chemically altered to produce codeine and heroin. Archaeological evidence, from the Andes mountains in South America, suggests that the native peoples of that region chewed coca leaves, from which we derive cocaine.

The earliest evidence for cannabis use actually comes from China, and suggests that people ingested the seeds of the plants up to 8,000 years ago. Cannabis did not spread to Europe and the US until many centuries later.

Some substances have lost popularity in the modern era. Archaeological evidence suggests that our stone age ancestors consumed a wide variety of mushrooms for their mind-altering properties. Nowadays, modern drug takers tend to limit themselves to psilocybin, or “magic”, mushrooms, but in ancient times people were rather more adventurous. Other fungi were often ingested, frequently with fatal results, and there is even evidence to suggest that some tribes may have extracted the poison of certain toads for their psychotropic properties.

Other drugs, now less popular in the west, were ingested in large quantities by some prehistoric societies – to the point where entire communities may well have been addicted. The seed of the cojobana tree, for example, was used by the Taino people of the Bahamas for hundreds of years, allowing them to experience “astral travelling” - a type of out-of-body experience.

Of course, ancient addictions weren't just limited to mind-altering substances. Indeed, the only limits to human addiction appear to be technological. Gambling addictions, for example, might well have existed even before people used money. Wherever goods or wealth are involved, whether they be in the form of land, cattle, or slaves, the temptation to gamble with them has been there.

Sex addiction, too, is far from being a modern phenomenon. The shapely nature of certain ancient fertility symbols, such as the Venus of Willendorf, suggests that prehistoric men were no different to modern men in having just one thing on their minds. And in the historical period, civilisations such as the ancient Greeks were famously open about sex, decorating their household ceramics and furniture with startlingly explicit scenes.

Seen in the context of history, it seems clear that human behaviour has changed remarkably little over the centuries. The simple fact is that we are capable of developing dependencies on more or less anything that makes us feel good.

Addiction, and its causes and consequences, has been with us from the beginning, and will be around for as long as we are here. Eliminating addiction, therefore, is an impossibility. The only solution available to us is to identify and manage addictive behaviours, and in so doing, prevent them from causing harm.

The Relationship Between Addiction and Crime
Share Your Story, Join the Discussion or Seek Advice..
It all goes to show that there’s nothing new under the sun and that human nature doesn’t change one bit. Shakespeare shows habitual drunkards (think Falstaff and his men, for instance) and gamblers, and alcohol would have been a much more common Western addiction, simply because it was more available than other drugs.
History Buff - 17-Sep-12 @ 3:15 PM
great article! I'm working as a addictions counsellor at the moment, it's a volutary role but I love it. The people who come to our clinic are from all walks of life. This is a great site and I'll be sending some of our clients here if they want some more info about how they can overcome their addictions.
interseted - 23-May-12 @ 9:57 AM
Title:
(never shown)
Firstname:
(never shown)
Surname:
(never shown)
Email:
(never shown)
Nickname:
(shown)
Comment:
Validate: