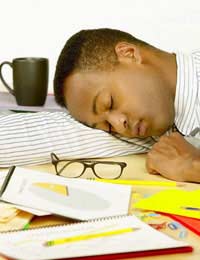 Tranquillisers are chemically manufactured drugs commonly prescribed for anxiety, sleep disorders and for epilepsy treatment. They are also often used long-term in the treatments of certain mental health illnesses. Most common drugs in this group are benzodiazepines usually Valium and Librium.

They are prescription only and are usually found in tablet or capsule form; when being used illegally they are often prepared in injection form.

Many drug users take them in combination with other drugs such as stimulants and alcohol when they can enhance the effects of the drug or combat side-effects.

Effects on The Body

Whether they are taken orally or by injection, tranquillisers are absorbed into the bloodstream and are carried around the body. They work by slowing message pathways between the nervous system and the brain. The degree of effect is variable on the persons age, dose prescribed, how long they have been taking them for, other medications taken and overall health.As tranquillisers are designed to calm people, they usually carry a highly sedative effect which will also slow reactions, affect memory and make them drowsy; these effects can cause accidents to occur very easily so driving and operating machinery is not advisable.

When taken in large quantities, with other drugs or with alcohol the chance of sudden death is significantly increased. As many people use them to help them ‘chill out’ after a night at a club whilst using ecstasy, the chances of them being mixed with these other substances in high and death is a possibility.

The calming effect of the drugs, caused by their effects on the central nervous system, can cause feelings of satisfaction and sometimes pleasure in the users and long-term use can cause a tolerance level to build-up so higher or more frequent doses will be needed to induce the same effect.

Dependence is also a risk factor and symptoms of withdrawal include nausea, vomiting, sleep disturbance and headaches. Long-term use can alter a person’s memory abilities, thought processes, isolation and depression.

There are major risks to health depending on the route of entry; if the tablets are crushed and injected; the chalky constitution of the injection can cause damage to the veins making them useless, bringing infection of causing abscesses. Sharing of the equipment used for injection can lead to cross contamination and the spread of diseases such as Hepatitis and HIV.

Tranquilliser use and the spiking of drinks has also caused a rise in crimes of a sexual nature leading to violation, rape, the spread of sexually transmitted diseases and unwanted pregnancies.

If a person suddenly discontinues the use of the drug, they will experience a period of withdrawal as the body has to readjust to not having the drug in the system. Symptoms can include sweating, panic attacks, irrational fears, headaches, nausea and sleep disturbances; many of the things it was prescribed for in the first instance. These factors add to the evidence that GP’s should be trying to determine the route of the panic attacks and other symptoms before prescribing tranquillisers. This could be achieved by other means and help to lower the amount of tranquilliser users in the UK. Unfortunately, other methods come at a cost whereas tranquillisers are fairly inexpensive to produce.