Home > Common Addictions > Dealing With An Addiction To Self-Harm

Dealing With An Addiction To Self-Harm 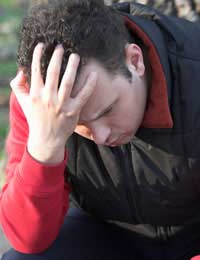 Many people might find it difficult to believe but there are a great number of individuals who are addicted to the practice of self-harm.

What is Self Harm?

This practice – also known as self mutilation – is something that an individual will carry out if he or she is perhaps not comfortable with how they look or simply because they are depressed or anxious.

Self-harm – or Self-mutilation – is the process by which bodily harm is inflicted on the individual by the individual themselves and can take on the form of a great many things.

Here are the most common methods of Self Harm:

Again this list is not exhaustive but does go to show the most commonly reported ways in which an individual can harm themselves. It is important to clarify again that no one else is involved in this practice and it is carried out by an individual on their own usually without anyone else’s knowledge.

A common misconception to clarify at this point is the fact that those individuals in indulge in Self Harm do so not because they are trying to commit suicide and the attempt has failed, but simply because psychologically the practice of physically injuring themselves makes them feel relieved.

This may sound bizarre to many but the mechanisms behind Self Harm are those which induce a reduction in stress levels and anxiety whilst giving the individual a sense of being in control of their own circumstances; something which in the midst of depression or stress is something that they usually lack.

Warning Signs Of Self Harming

If you think that someone you know is Self Harming there are certain signs to look out for:Likewise if you do suspect that someone you know is participating in this practice it is important to try and encourage them to seek medical help. Not only is Self Harm dangerous on an emotional level but the addiction can also be very dangerous on a physical level, especially if the individual involved is cutting themselves on the arms or legs where major arterial veins are present.

In addition it is important to try and talk to them about the problem and encourage them to express why they feel the need to Self Harm.Many will say it is because of stress or depression but even so there will be other underlying factors that can contribute to the problem.

Talking and listening are a good way in which to help gain the confidence of someone who self harms but it is imperative that medical and emotional help on a professional level is sought as soon as possible.