Beating an Addiction to Caffeine 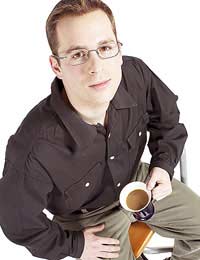 Many people are unaware of their level of caffeine consumption, sources of caffeine and the effects of having too much, in fact there are a great number of individuals who do not even realise that they are potentially harming themselves irreparably.

Caffeine is a highly addictive substance found naturally in many products, or added by manufacturers to many household consumables. It is found naturally in the coffee bean, leaves of the coffee plant, certain leaves and berries and in tea. It can be found in almost all coffees, unless decaffeinated is noted, cola preparations, tea, chocolate and even in some medications.

What Are The Effects Of Caffeine?

Many people rely on the well known effects of raised alertness, a sense of increased concentration and an ability to alleviate tiredness, but aside from these potential benefits, many negative effects occur as a consequence of consuming caffeine.As a stimulant of the central nervous system, caffeine interferes with responses and interpretations to and from the brain. It increases the production of the stress hormone, hence a feeling of being more alert, can increase acids to the degree of potentially causing a stomach ulcer, alters the anatomical function of the blood vessels and strips the body of vital calcium supply. As a result of these actions people are more susceptible to osteoporosis, irregular heart rhythms and serious illness and pain from the gastro-intestinal tract.

Symptoms Of High Levels Of Caffeine

Irritability, bad moods, lack of sleep, palpitations, fine tremors of the hands and varying degrees of concentration can all be a result of consuming too much caffeine.

Headaches, memory alterations, irritability, tiredness and nausea can all be caused during the period of withdrawal, to be expected when giving-up caffeine. Symptoms of withdrawal may last up to four days.

Swap to caffeine free alternatives, though they may taste extremely different to the regular types.

If you are a cigarette smoker you may find that once you have control of your caffeine consumption, the opportunities for smoking are reduced; cigarettes and coffee are a true partnership for most smokers. Now may be a good time to think about giving-up the evil weed and get a full bill of health.

There are many reasons to give up caffeine, though many are people fear for the increased tiredness etc that is expected when becoming caffeine free, however exchanging caffeine with exercise and healthy options will potentially provide for energy and clear thinking than is experienced from caffeine.

Addiction to Shopping
Share Your Story, Join the Discussion or Seek Advice..
I have been taking zopiclone 3.75 for 2months for insomnia. Ive tried 3 times to withdraw by talking 1/2 pill but on each occasion after one or two successful nights, I bounce back to having no sleep at all.Then I go back on 3.75. I need a plan or an idea what I am doing wrong. Thanks, Ken
ken - 9-Feb-21 @ 10:01 AM
Title:
(never shown)
Firstname:
(never shown)
Surname:
(never shown)
Email:
(never shown)
Nickname:
(shown)
Comment:
Validate: