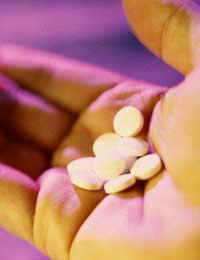 Anyone who takes drugs, especially those that are classed as illegal or those that are used irresponsibly is taking the risk of becoming addicted to the substances as most contain chemicals that have an intense effect on the brain. Becoming addicted to drugs can occur extremely easily and very quickly leaving the addict suffering from the severe effects of the drugs, and strong withdrawal effects if they do not take the drug. In order to cease the addiction a lot of support, help and willpower is needed from both the addict and those around them.It should be noted however that drug addiction does not always refer to the type of drugs that are frequently read about in the newspapers and seen on the television as people can become easily addicted to prescription drugs that they have been offered for legitimate reasons.

The physical signs of a drug addiction can be quite varied depending on the drug used, the amount taken and the environment in which it is taken in.The early signs of a drug addiction can include mixed moods, sleepiness or excessive or unusual tiredness during the day, agitation and paranoia. As the dependency develops the signs can change to being frequently distracted, depression, mixed mental states including psychosis and a decrease in the ability to co-ordinate or perform tasks that are normally easy to complete.The degree of effect is variable between users and also on the substance of choice.Other very obvious signs are needle marks on the arms (though these can appear on other area of the body once the veins in the arms have deteriorated and can not be used any longer) but this only occurs in those who have been injecting the drugs.People who are normally non-smokers are likely to suffer from breathlessness or coughing if they have been smoking drugs for long periods.

The changes that a drug addict can display can often be more noticeable than the health-related ones and many actually consider drugs to be as great a social problem as they are medically.One of the most noticeable changes is the change that can happen regarding financial situation. Although they are cheaper than they were a few decades ago, drugs are still an expensive commodity and most users struggle to keep up financial with their demand for their habit. People who once may have had enough money to pay for a social life, keep up with bills, go shopping or have holidays will often let these things lapse as their habit takes hold.With many addictions, especially those related to drink, drugs or gambling, the activity usually takes place at night so the user may find they are late for appointments or day to day activities in general.

As the drug addiction develops the person is likely to become isolated from their usual family and friends and may get quite agitated when approached about this. They will usually gain new friends that they do not mention very often or become quite obsessive about.It is common for drug addicts to find it difficult to hold down a job or maintain the level of respect from peers that they once had as their concentration deteriorates and their priorities change.

Drug addiction can change your life very quickly and exceptionally quickly so it is important to know what the signs are in order to prevent them from taking over your life or to try and offer help and support to a friend or relative. Many signs do not manifest until an addiction has developed already so early intervention is important to try and ensure a successful recovery.